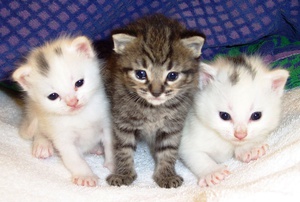 As well as discussing biodiversity of animals we also discuss other ways in which animals are threatened – through animal testing. Some health and beauty companies admit that guinea pigs, rabbits, hamsters, mice, rats and ferrets are some of the animals harmed in their ‘product safety research’, and dogs and cats are tested on in experiments for their pet foods. Such companies are unsurprisingly very secretive about their poison tests, where chemicals keep being force-fed to animals, pushed into their skin, or placed in their eyes. Other cruel tests include making animals inhale chemicals or putting substances up their noses.

Of course these companies realise that the vast majority of consumers are opposed to animal testing for cosmetics and domestic cleaning items, so they try to put out the impression that they only experiment on animals as a final resort. This is not true. A leaked memo showed that they have been lobbying in private to stop a ban on animal testing for health and beauty products in the EU.

The testing of beauty products and ingredients is already illegal in the United Kingdom (since 1998), but some companies who are international do their animal testing elsewhere to dodge the UK law and still sell their products here in the country.